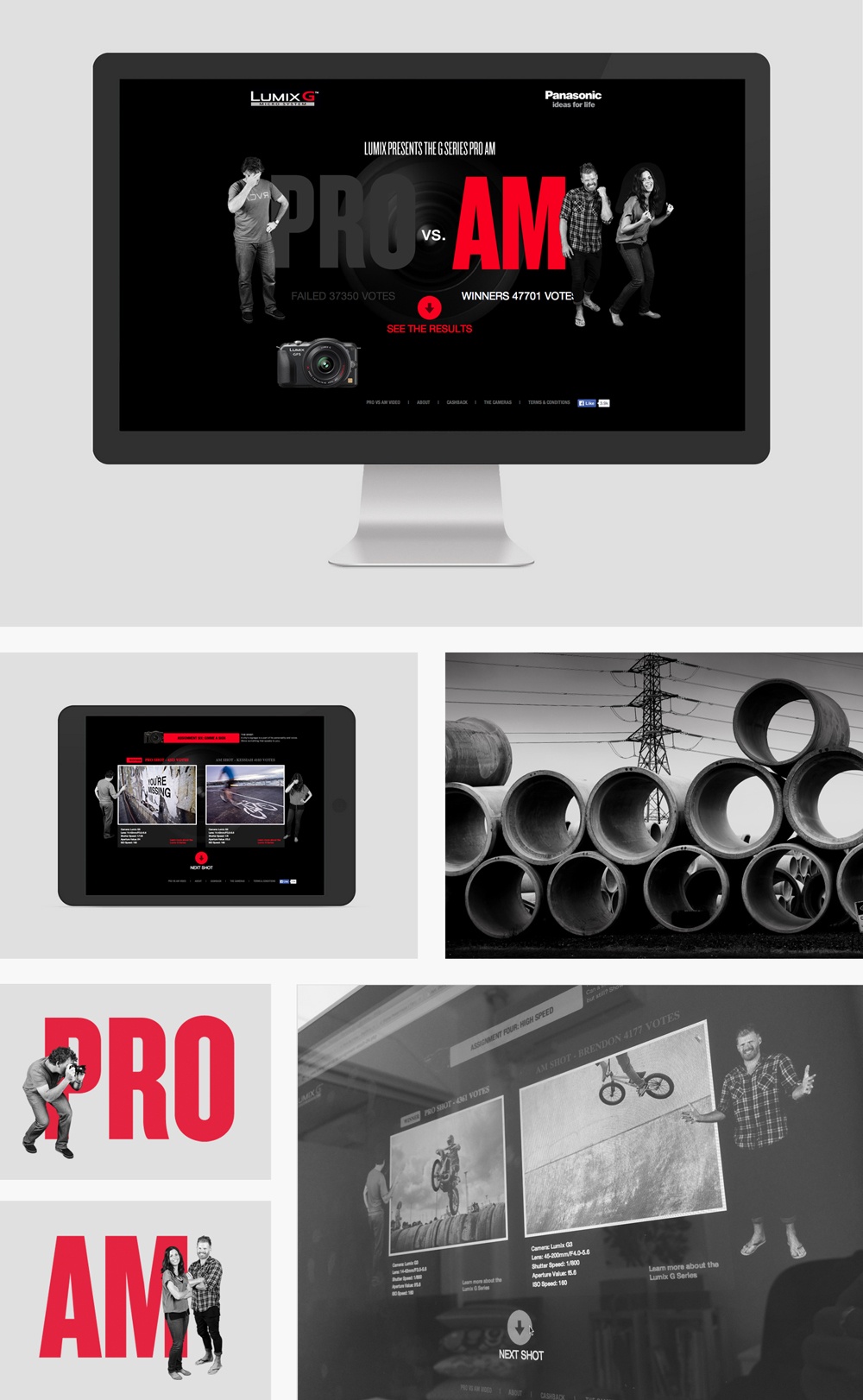 Brief:
Panasonic believe in their cameras. So when we suggested a competition to put a professional photographer head to head with two enthusiastic amateurs using the new Lumix GF5 camera, they thought it was a great idea.

Challenges:
This campaign was on the edge of the clients comfort zone, but they trusted us to deliver.

Response:
We developed a digital campaign that challenged the group of photographers with a range of photography briefs and posted their images online. Using social media, we then challenged viewers to pick which images were taken by the pro versus the amatuers to see if they could really tell the difference, and go in the draw to win the Lumix GF5 camera.

Results:
People lead the charge with their voting and the amatuers images were voted just as good, if not better than the pros. The campaign demonstrated the successful integration between a brand and product story, and the format allowed Panasonic to showcase their products in a way that consumers could relate to. You don’t need to be a pro to take great images with the Lumix GF5 camera.